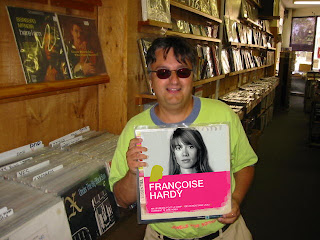 1.    THE KINKS – Kinks  /Kinda Kinks / The Kink Kontroversy (Sanctuary): The first batch of the deluxe Kinks reissue series. Even though I own probably 95.5% of the material, I’m amazed about the remastered sound, especially on Ray’s demos of songs such as “I Go To Sleep,” which no longer sound like crap. Also, a friend of mine donated one of his Kinks rarities for one of the bonus tracks, which is pretty cool. 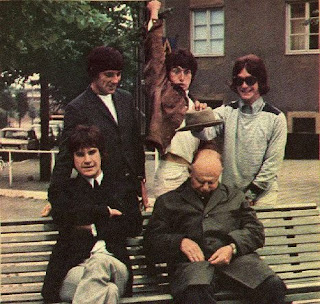 2.   V.A. - Stray Rays (CD-R): Continuing with the Kinks, this is a CD that Bill, the ModMan behind The Anorak Thing (http://anorakthing.blogspot.com) made for me, which is comprised of choice Kinks covers, as well as songs that Ray Davies wrote that the Kinks never did such as “Little Man In A Little Box” by Barry Fantoni. A lot of musical holes and questions of mine were filled by this CD. Thanks, Bill!

3.  The Ernie Kovacs Collection (Shout! Factory DVD): An excellent collection of the late (he exited the world the same year Mike & I came in) television comic’s work. Not everything works & there are dated spots, but there are many bits of staggering genius. The mind boggles at the thought of Ernie’s imagination coupled with today’s technology.


4.   WINGS - Band on the Run (Deluxe Edition): I got this for a friend for Christmas and I saw the live in the studio DVD and was so impressed that I got my own copy. A great album, with songs like “Let Me Roll It”, which sounds more Lennon than Lennon. Can this be considered a Power Pop Masterpiece?
5.     JOHNNY HALLYDAY – La Roi de France 1966-1969 (RPM): I’ve heard a lot of negative things about Johnny Hallyday, the French Elvis, and I got this with a bit of trepidation. However, the songs on this CD such as his covers of “Black Is Black,” “Hush” and the Small Faces tune “My Way of Giving,” as well as the songs that feature the Darlings of Wapping Wharf themselves as the backup band are pretty creditable and entertaining. I also enjoyed RPM’s compilation of his ex-wife Sylvie Vartan.


6.    JEAN SHEPHERD – Ticket to Ride (Radio Spirits): A 4-CD set of the musings and observations of Jean Shepherd of A Christmas Story fame of Britain and Scotland on the verge of the Swinging Sixties while traveling with the Beatles on their Fall 1964 UK tour (he was interviewing them on assignment for Playboy Magazine). He doesn’t mention the Beatles until near the end, although he does talk a little bit about the Pretty Things, proclaiming them to look and sound “like the Four Andrews Sisters” (I wonder which Andrew Sister looked like Dick Taylor?). 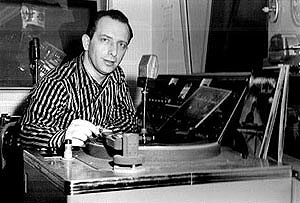