Some more of our writers pick some recent faves...

DAVID LAING
1. Jim Keays – “Whiskey Woman.” The Masters' voice, aged like good liquor, on a fantastic cover of the Groovies' opus. With backing from members of fine Melbourne outfit the Pictures. Will appear on a forthcoming solo album that is gonna be almost too good to be true, and exactly the kind of record you've always wished your old heroes would make.
2. Hawkwind – “Needle Gun.” From mid-'80's album The Chronicle of the Black Sword, inspired by Michael Moorcock's Elric character, although this one is clearly about Jerry Cornelius. Compact and high energy stun-guitar rocker to rival Calvert classics “The Right Stuff” and “Ejection.”
3. The Raconteurs – “Broken Boy Soldiers.” I wasn't paying much attention at the time, but these guys were one of the great groups of the last decade or so. The mix of Jack Whites' blues rock raunch and Brendan Benson's classic power pop moves made for a perfect blend
4. Bruce Springsteen & the E Street Band – “Rendezvous.” The late '70's Raspberries-lovin' Boss comes on all Searchers-meets-Phil Spector & the Wrecking Crew on this, his lost masterpiece. From the new set of pre-Darkness sessions, The Promise. I've loved this tune since the Greg Kihn Band first cut it in 1980 or so. Oh go on then, have a laugh...
5. The Bermondsey Joyriders – New London outfit led by Garry Lammin of the original Cock Sparrer line-up. I always though those guys were just some horrible Oi band, but, whatever they may have become, I've since found that their early stuff is just great, glam-influenced punk (check out their 1976 recordings on The Decca Sessions) and this new lot continues the vibe, albeit with a slide-heavy sound that sits in between the Gorillas and one of Tim Kerr's punky blues outfits like Jack O' Fire.
6. Honest John Plain & The Amigos - '”70s Girl.” Anthemic Mott-meets-Pistols rocker from Honest John Plain of the Boys and pals. From their rocking 2006 album "One More And We're Staying".
7. Imperial State Electric. Nicke from the Hellacopter's new group follow a Raspberries + MC5 = Kiss formula and deliver a super hard-pop album,
8. Psycho Daisies – “Sonically Speaking.” Couldn't let this issue pass without mention of the death late last year of the great Florida guitarist Johnny Salton, best known for his work with Charlie Pickett & the Eggs. A rabid fan of great guitarists from Johnny Thunders to Nick Saloman to obviously Jeff Beck, John had a great feel and usually a great tone (and taste enough to cover the Crawdaddys!), and this mid-'80s album from his own post-Eggs outfit sits for me alongside records by his fave artists of the era, including the Gun Club and the Dream Syndicate
9. Led Zeppelin - IV or whatever you wanna call it. I'm now the big brother I never had...
10. And on my latest car-tape - Wooden Shjips - 'We Ask You To Ride', Paybacks 'Black Girl', Sensational Alex Harvey Band 'Midnight Moses', Dengue Fever - 'Tip My Canoe' & 'One Thousand Tears of a Tarantula', Devotions 'Rock'n'Roll Sister', Swedish Magazines 'Head On Ice' (Best Bon/Vanda & Young-era AC/DC-style song in decades came from Tasmania in 2005), The Steppes - Tourists From Timenotyet, The Hitmen 'War Of Hands of Time', Free - ' Fire And Water ' 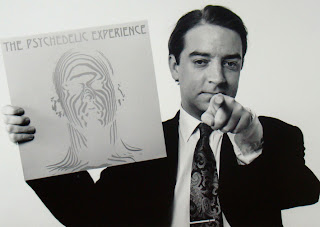 PATRICK LUNDBORG
1. SONICS – Explosives (LP Buckshot, 1973) The earliest, rarest and best Sonics reissue, featuring the top 11 tracks from their first two LPs plus a 45-only track, all in gloriously earsplitting Mono.
2. AGGREGATION – Mind Odyssey (LP LHI, 1969) Many mainstream '60s psych LPs sound first great and then cheesy; this elegant tribute to mind expansion takes the exact opposite route.
3. V.A. – RELAXED JOURNEYS VOL 2 (CD Chill Tribe, 2006) A superb Norwegian selection from the vast European underground of modern psychedelic electronica; consistently cinematic and melodic.
4. BELA BARTOK – The String Quartets (2-CD Philips, 1994) The master of eerie modernism brings the listener into a space of sharp corners and not much comfort with this terse, almost skeletal chamber music.
5. EZRA POUND – The Cantos (anthology book, 1965) One needs two dozen reference works to understand the "meaning" of this magnum opus of modernist poetry, but Pound's unparalleled grasp of rhythm and sound requires no explication.
6. MASTERS APPRENTICES – Vol 2 (EP Astor, 1967) To complement your original mono album you need this marvy EP with two non-LP Bower masterpieces, and I finally scored a clean one!
MICHAEL LYNCH
1) Forever Changes: Arthur Lee and the Book of Love by John Einarson. You've all probably finished reading it by now, but I didn't get it until Christmas.
2) http://anorakthing.blogspot.com/
3) timeonmyhands-yb.blogspot.com
A pair of music blogs that never fail to entertain. The former primarily covers European '60s Mod, Freakbeat and whathaveyou with scores of rare goodies, and the latter regularly presents well-prepared mixes of old and new sounds.
4) http://www.crawdaddy.com/index.php/sixties-archives/#archive
Online scanned copies of the Ugly Things of the 1960s. They're not always easy to read, but they're quite often interesting.
5) Simon and Garfunkel. A Long Island theater's recent presentation of rare S&G clips inspired me to take their five original Columbia LPs off the shelf and re-enjoy them.
6) And finally...for some modern music grown from '60s pop seeds. I'll vouch for him: http://www.reverbnation.com/michaellynchmusic 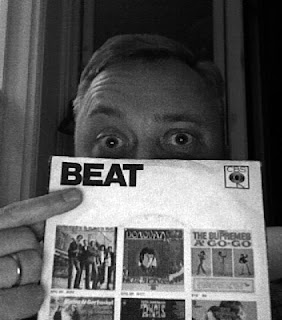 
1) Don Fardon – Selected 45’s ‘67-’69 (Young Blood, Vogue/Hit-ton). Top mod pop club sounds par excellence from the ex-Sorrows frontman—big interview with “the tallest man in British pop” in UT #32!
2) Julien Covey & the Machine – “A Little Bit Hurt” (Fontana). A whopping blue eyed soul two sider from the former Brian Auger and Graham Bond drummer, co-written and produced by Jimmy Miller. Covey went on to popsike greatness as Philamore Lincoln.
3) The Smoke –“ Have Some More Tea” (Metronome). Yorkshire lads of “My Friend Jack” fame make it big in Germany with a stunning fuzz laden tale with obvious drug references. Where’s the UT story?
4) Marquis of Kensington – “Flash” (CBS). The Kinks’ manager Robert Wace and record producer Mike Leander are broke, and crank out an instro monster that becomes a hit in Das Vaterland! They find a guy on the King’s Road to act as the Marquis on the record sleeve and TV appearances!
5) Small Faces – The Autumn Stone 2 x LP (Immediate). Simply the best album for a lazy Sunday afternoon!
6) Hellraisers: The Life and Inebriated Times of Richard Burton, Richard Harris, Peter O’Toole and Oliver Reed by Robert Sellers (book). A whole lot more “sex, drugs and rock’n’roll” than the recent Keith Richards biography! 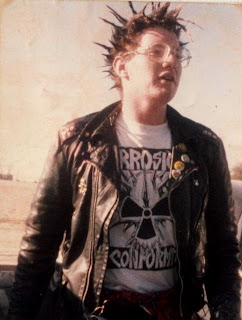 
1. Josh Ritter's oeuvre. I haven't had much luck with music from the 2000s, but this tremendous singer-songwriter is one of the few present day artists to really grab me, and every one of his albums is as good as the last.
2. Paul McCartney "Back Seat of My Car." Many listens via ipod over the last few years have cemented its place as my choice for most perfect pop epic ever.
3. Jonathan Franzen – Freedom. Book. After all of the hype it was hard to resist this one, which is way overlong and is most certainly not the great American novel, but is a legitimately modern variation on previous generations' "great American novels," even sharing with Hemingway, Updike, Irving, et al misogyny thinly disguised as a failed attempt to convince the reader that he's that rare man who actually understands women. The weirdest thing about this book is the myriad of details that sound like they came directly from my life, as if Franzen knew me and decided to mock me.
4. Happy Dragon Band - S/T. LP. This is actually the same people behind the faux-Doors album by the Phantom, but in a weirdo synth-heavy proto-new wave mode, except that once the new wavers got hold of synthesizers they never did anything as creative as this.
5. Winner Take All Politics by Hacker & Pierson and Griftopia by Matt Taibbi. Best of the many books I've read about what really caused our economy to collapse. Peripherally related to rock and roll because Taibbi wries for Rolling Stone, which these days is far more interesting for its political and/or social commentary writing than for its pathetic attempt to still be musically relevant.
6. vintage videos by Kaleidoscope (the UK psych band) and Group 1850 (among others) on Youtube
It continues to amaze me how people dig up stuff I never knew existed in the first place. Bands we think of as obscure and weird actually appeared on TV in their heyday, and I have to assume they blew away their contemporary audiences the way these videos blow me away now.
Posted by Mike Stax at 11:45 AM