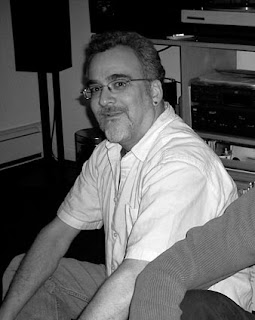 PHIL MILSTEIN
1.       Jah Wobble: Memoirs Of A Geezer (Serpent’s Tail, paperback). One has to have some belief in Wobble’s significance as a bass innovator to tolerate some of the more indulgent aspects of this book, but, when and if past that, his engaging (and surprisingly earnest) personality and raconteurial skills make for a smashing page-turner.
2.       Coo-Coo Party Time, et al: Seven Ways To Sunday (Thick Syrup box). With their boxed 3-LP debut, Half-Japanese were nothing if not audacious. Following suit, co-founder David Fair has compiled a reissue version of his stunning 1990 album as Coo-Coo Rockin’ Time that includes that album’s songs reimagined by six different acts; in other words, the original slab of genius plus six tribute albums to same, plus companion book.

3.       Red Saunders Research Foundation (hubcap.clemson.edu/~campber/rsrf.html). Documentation of Chicago’s jazz and early R&B scenes so overwhelming in scope and depth that all but the insane can bear to take in more than small chunks at a time. 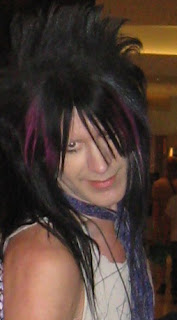 
1. Keith Richards – Life (Hachette Book Co) Keith's bio just confirms what we already knew-he is the coolest.
2. Nashville Teens - "Ella James" single (United Artists #50880) Monster version of Move Monster. Issued in the US in 1969...my fave 45 lately.
3. Dave Davies - Hole In The Sock Of… Album-Bootleg. I keep pulling this out every so often...all his KillerKool mid-to-late 60's singles and unissued album cuts.
4. "Spider" John Koerner, Tony Glover & Dave Ray - Lots More Blues, Rags & Hollers (Elektra EKL-267) Second volume of 2 in the series issued in late '64. The title sums it up. Includes the great Dylanesque "Lady Day" and some killer steel slide by one of my fave slide players "Spider" John Koerner.
5. Donald Duck Adventures - The Gilded Man by Carl Barks (Comic Book). Barks, the inventor of 'Uncle Scrooge' has been an idol of mine since I discovered who he was in the early 70's. This is one of my favorite comics. I managed to collect all of his work over the decades (over 1000 stories).
6. Mad Men - TV Show (A&E) One of the best. The show encompasses every aspect of the early 60's. Sort of an over the edge Peyton Place. I know—a new show—yes, it's GREAT! Highly recommended. 1.       Frankie Dymon Jr. – Let It Out (BASF) (LP). An album of black power ruminations from poet/activist Frankie Dymon JR. with music courtesy of Achim Reichel and crew. It fits nicely under the Krautrock umbrella; encompassing poetry, groove based rock, folk & Psychedelia and above all – it’s a freaky trip.

2.       Static Minds – Electricity (Custom Made Music) (CD) Hard rocking North Carolina band mixes the power of the MC5 with the stadium friendly sounds of early Kiss and put forth a stomper of an album that smells of muscle cars and good weed.

3.       Joachim Kuhn – Bloody Rockers (BYG) (LP) German free jazzer brews up a heady mix of the “New Music” and Psychedelic rock, spices it nicely, stirs it in a pot then lets it bore a hole in your brain.

5.       Young Flowers - Blomsterpistolen (LP) Heavy yet meditative and elongated psychedelic blues based rock from Denmark that serves as the perfect musical accompaniment for my writing forays.

6.       Cult Of The Damned (a.k.a. Angel Angel Down We Go) (Movie). This exploitation classic consists of a sadistic Jim Morrison type Psychedelic singer who chooses to wreck havoc on a wealthy decadent family through mind trips, LSD and murder! 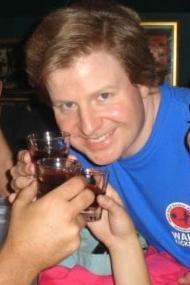 
1. WILSON PICKETT - Funky Midnight Mover: The Atlantic Studio Recordings (1962-1978) (Rhino Handmade) 6CD box. Finally the early works of the Wicked Man are reissued in the proper mono mixes on this complete overview of his Atlantic years. Not for completists – for soul fans, period.
2. V.A. - With Love: A Pot of Flowers (Ace/Big Beat, UK) CD. Pebbles before Pebbles. Dig the expansion with 14 mostly great extra tracks.
3. NIGHT SUN - Mournin’ (Second Battle, Germany) CD/LP. Legit reissue of German speedfreak hard rock from 1972.
4. THE FABULOUS COUNTS. Way underrated Detroit funk band. The 1969 Cotillion album (Jan Jan) has been reissued, but my dream is an expanded version that rounds up their non-LP Moira singles, plus the singles they cut as Lunar Funk and Bad Smoke.
5. DOUG SAHM - “Crazy, Crazy Feelin’” b/w “Baby, What’s On Your Mind” (Renner) 45. Killer horn-backed doo-wop ballad from 1961 backed with a fine bluesy rocker. Why have Sir Doug’s Renner sides never been reissued?
6. CANYON - “Top of the World (Make My Reservation)” (MagnaGlide/London) 45. Killer bubbleglam from Ashland, Ohio produced by Kasenetz-Katz that actually managed to dent the Top 100 in 1975 and, in UT terms, features two former Es-Shades. Now if I could only find a stock copy with the B-side.
ALEX STIMMEL
1.       Miles Davis - Bitches Brew Live [Sony/Legacy CD 2011]. First off, Miles is sporting the funkiest outfits in the liner notes. Also, the music. The Isle of Wight set has been a favorite since Murray Lerner's Message To Love came out. Paired with essental early electric recordings of Bitches Brew tunes from Newport '69... but by '70 the band was taking things to a lithe, live level that became and remained so unlike what anyone else did, or could ever do.

2.       Death - Spiritual/Mental/Physical [Drag City CD 2010]. Great, recorded-in-a-garage punk from the Detroit trio. Tunes from their sole release, "For The Whole Wide World To See" (also reissued on Drag City), in demo version; rockin' jams (dig "The Masks": ad-libbed lyrics to the verse of "Got To Get You Into My Life" alternated with dirty thrash); sweet and surprisingly tender tunes like "The Change" and "David's Dream". Enjoyable even without knowing Whole World.

3.       The Electric Flag - Music From "The Trip" [Sidewalk LP, 1968]. Off-putting but somehow compelling, this early Moog rock entry and psychsploitation soundtrack pulls of the oddest full band score before swapping in some hot leads by Bloomfield & co. on side 2. Just generic enough the rest of the time that my girlfriend will actually listen to it because it sounds like Christmas music to her.

4.       Those Shocking, Shaking Days [Now & Then CD 2011]. Skull-smashing comp from erstwhile hip hop crate digger label. Smooth & beautiful packaging without, & deep tracks within, all gems from tiny Indonesian presses that'll cost you upwards of a grand to find online. Ranging from JB struts to blissed-out Western style psych, all with a thick veneer of jungle funk. Has not left the CD player.


1. Kiki Dee - The Fontana Anthology (1963-1968) (KD-001) 2CD. Unauthorized two-CD set of virtually everything she recorded in her first five years has mucho sub-Dusty Springfield pop-soul-girl group guilty pleasure. (An official single-disc comp with slightly different contents has just come out on RPM.)
2. Peter Green - The Peter Green Story: Man of the World (Wienerworld) DVD. Excellent 2009 documentary, still unavailable on DVD in the US. Features plenty of new interview material from Green and fellow Fleetwood Macmen Mick Fleetwood, John McVie, and –most surprisingly –a wholly coherent Jeremy Spencer, who'd been hard to trace for decades after leaving to join the Children of God cult.
3. Peter Green - Blues-Rock God. Self-assembled 80-minute CDR of the highlights of Green's 1966-70 work, mostly with the early Fleetwood Mac and mostly with Green as songwriter/lead singer. Tortured white British blues-rock at its apex, especially the long version of his magnum opus "Oh Well."
4. John Walker & Gary Walker - No Regrets: Our Story (John Blake). Book. Overlooked recent autobio from two of the three Walker Brothers tells the whole story beginning to end with straightforward, engaging clarity.
5. Julian Palacios - Syd Barrett & Pink Floyd: Dark Globe (Plexus). Book. The most exhaustive bio of the legend to date. Another 2010 Barrett bio, Rob Chapman's A Very Irregular Head: The Life of Syd Barrett (Da Capo), is also recommended as a livelier read, though it's less intensely detailed.
6. The Agony and the Ecstasy of Phil Spector (VIXPIX Films/BBC Arena). Uneven but often compelling documentary, based around ultra-creepy interviews with the famed producer (likely the last he'll give) shortly before he went to prison. 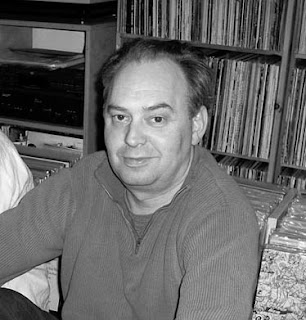 
1.       V.A. – Listen To The Voices: Sly Stone In The Studio 1965–70 (Ace). Having all these revolutionary Sly Stone production rarities in one place is a godsend. Includes a pair of stellar Beau Brummels tracks that most UT readers won’t want to miss.
2.       Bob Dylan – Bootleg Series Vol. 9: The Witmark Demos 1962–1964 (Columbia). Having circulated underground for decades, this version, finally, is the ultimate way to experience these early Dylan takes. Next up, I hope, will be a definitive 4-CD set of the complete Basement Tapes.

3.       V.A. – The World Ends: Afro Rock & Psychedelia in 1970s Nigeria (Soundway); V.A. – Afro-Beat Airways: West African Shock Waves, Ghana & Togo 1972–1978 (Analog Africa). Soundway and Analog Africa, among others in this field, are certainly having a detrimental effect on my bank account, but with such great music in my hands as a result I don’t mind one bit. Their superbly researched archival works do for African styles what Pebbles and its successor series once did for American garage rock. 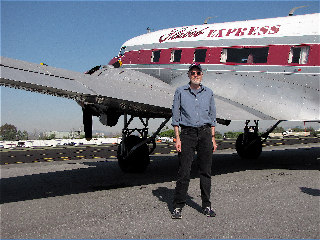 2. Plimsouls – Live! Beg, Borrow & Steal (Alive). Argue all you want, but the Plims were the LA band of the 1980s. Nobody rocked it harder or had better tunes. This Halloween ’81 show from the Whisky a Go Go, with the Fleshtones joining them, proves it.
3. Coal Porters – Durango (Prima). Former Long Ryders’ ringmeister Sid Griffin took his latest UK-based band, the Coal Porters, to Durango, Colo., to record this CD with producer Ed Stasium (Ramones, Talking Heads, Smithereens). It’s alt.-bluegrass with a punk-ish knees-up.
4. Stew – The Naked Dutch Painter (Smile). A nine-year-old live album by Stew of the Negro Problem found in a 99-cent junk box. Includes some of the cleverest wordplay since Dylan stole Eric Von Schmidt’s rhyming dictionary in 1961. The 11-minute title track is a hoot, once you sort out the naked Dutch painter’s a woman.
5. Washington Phillips – Key to the Kingdom (Yazoo). Phillips, a Texas gospel singer with a voice like “God driving an ice cream truck,” recorded for Columbia in the late 1920s. A weird mix of musicians ranging from Ry Cooder, Will Oldham and Gillian Welch to Phish and the Be Good Tanyas have covered him, which says something as he cut only 18 tracks and played something that looked like a fretless zither.
Posted by Mike Stax at 2:55 PM