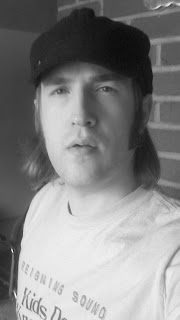 3. Wreckless Eric – His back catalogue kept findin' my ears during the production of the issue you're holding in your hands. Particularly the Len Bright Combo albums and Le Beat Group Electrique.

4. Biters - S/T + It's Okay To Like Biters (Underrated, 10”/CD EP) - This is what Cheap Trick would sound like if they were still vital, shot with some 70's junkshop glam. Essential power pop.

5. Kevin Coyne - Marjory Razorblade (EMI EUR, CD) - Sublime, poetic semi-acoustic (and acoustic) roots sojourns peppered with the occasional rocker. Slot this in next to Beggar's Banquet and ya may find it at the head of the table.

6. Caravan - Caravan (Island, LP) - Ideas that wouldn't catch fire with me elsewhere beautifically coalesce on this outing from the Canterbury scene. I keep comin back...


2. Emma Donoghue - Room: Hands down, the best book of 2010 for me. A thrilling, disturbing, suspenseful, and moving reading experience.
3. The Marvelettes. Always amazing.
4. The Smiths - Unreleased Demos and Instrumentals bootleg. Like most reasonable folks, I'm a bit skeptical of bootlegs. This one, however, delivered exactly what it promised. This collection of previously unheard goodies from my favorite band made my year.
5. Jon Savage's Black Hole comp of California punk, reviewed in this issue of UT. 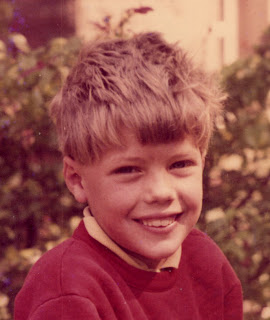 1.   DAVID BOWIE - Best of Bowie (EMI DVD). This greatest hits package gathers up a whole slew of well-produced videos from the Dame’s lengthy career, including Julien Temple’s Jazzin’ for Blue Jean, the terrific promos for the Lodger material, vintage clips from The Old Grey Whistle Test and Top of the Pops, and the original Mick Rock shorts from the Ziggy Stardust era, later poached by Todd Haynes for Velvet Goldmine.

2.  EARL SLICK BAND - debut album (Capitol LP). First of two albums of melodic Seventies hard rock featuring a post-Bowie Earl Slick on guitar and a post-Stories Bryan Madey on drums, as well as the considerable vocal and songwriting talents of Jimmie Mack. The second, Razor Sharp, is heavier but I prefer the debut, especially for its wry homage to the legendary PJ Proby.

3.  DOMINIC FRONTIERE - A Name for Evil / The Unknown (La La Land CD). Beautiful yet eerie orchestral pieces by a modern American composer who found his niche doing film and TV soundtracks and whose style, fittingly, echoes Bernard Herrman. This release pairs a minor Robert Culp horror flick and perhaps the best of the many Outer Limits episodes that Frontiere scored, “The Forms of Things Unknown.”

4.  TOM NEWMAN - Fairie Symphony (Decca LP, Esoteric CD). Having engineered Mike Oldfield’s Tubular Bells and Hergest Ridge, Newman appears to have spent the rest of the Seventies reading Tolkien and watching A Midsummer Night’s Dream. The resulting instrumental suite, featuring Newman’s old mate Jon Field (ex-July, Jade Warrior), is exactly the sum of its parts, recalling those first Oldfield works and later Jade Warrior releases like Kites or Way of the Sun and displaying the same effortless ability to shift between ambience and electric ferocity before stealing away to dreamland.

5.  STUART MACONIE - Cider With Roadies (Ebury Press). A hysterical troll through UK life in the Seventies, Eighties, and Nineties with one of Britain’s finest rock journalists, Maconie’s 2005 autobiography addresses every musical trend therein, from loving ELP to hating Napalm Death and raising a glass with Morrissey. A real-life High Fidelity.

6. GARY MOORE - Back on the Streets (MCA LP, Grand Slamm CD). 1978 solo debut from late Irish guitar hero, backed up by former bandmates from Thin Lizzy and Colosseum II and including the melancholy hit “Parisienne Walkways.” A personal favorite of mine, it showcases in one place the hard rock, blues, and prog/fusion genres that Moore mastered in his varied career, sadly now concluded. RIP Gary. 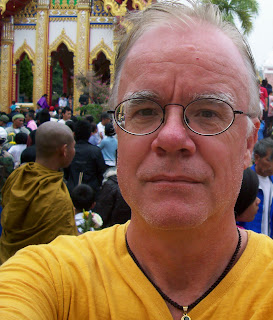 TIM EARNSHAW
1.  Design - Design and Tomorrow Is So Far Away. CDs. Dreamy sunshine pop from the early seventies that somehow sneaked under the radar. Impeccable and complex harmonies, strong playing, crystal production ... and great songs. Faultless, gorgeous, summer music. Out of print.
2.   Sly & Robbie – Hot Dub. CD. A showcase for subtly mind-blowing musical muscle. Deep as a springwater well, bright as the Jamaica sun. Out of print.
3.  Howard Roberts - Antelope Freeway and Equinox Express Elevator. CDs. Two stunning albums from a jazz guitarist that defy categorisation (and therefore sales). Electric, avant garde, eclectic, hip, trippy, downright hilarious ... and out of print.
4.   John Le Carré - The Russia House. Book. A late convert to the cause, I’m scarfing up everything by Le Carré that I can find. Currently trying to make this one last more than the single sitting that would finish it. We are not worthy!
5.  Raymond Chandler – The Little Sister. Book. I’m always reading something by Chandler, and have been for decades. The two-volume Library Of America edition is my bedside bible.
6.  Osho – The Buddha Said. Book. Osho is as big a Buddhist Bullshitter as any (and it’s a crowded field), but this commentary on some of the Buddha’s more useful quotes is, unusually, both insightful and a damn good read. Avoid everything else Osho does like the plague, though.

DAVE GNERRE
1.  Slacktone – Into The Blue Sparkle (GoBoy) CD. For my money, Slacktone is the best neo-surf band around – all their records come highly recommended, but they really take it to another level live, most recently contributing a blistering set at an Eddie Bertrand benefit gig in Huntington Beach.
2.  The Renegades – Cadillac, Thirteen Women (Norton) 45s. Superb Birmingham beat/rock ‘n roll combo took a retooled version of Vince Taylor’s “Brand New Cadillac” to the top of the charts in Finland, then unleashed a wild version of Bill Haley’s “Thirteen Women.” Great sounds and I love the optional center!

3.  Richard Podolor – BB Polka (Radio) 45. He produced Three Dog Night among others, but I’d rather dig his fluid guitar lines in the Super Stocks’ “Midnight Run” and the full bodied sound he got on the Roosters’ incomparable “One Of These Days.” This vintage instrumental really shows his prowess as a player - great picking throughout.

4.  Classic Surf Films From The 50s & 60s (Tropics Entertainment) DVD. I never tire of watching vintage surf docs – this box from 2008 has four of them, all featuring terrific footage, some good music, and narration chock full of surfing’s unique, often humorous lingo. 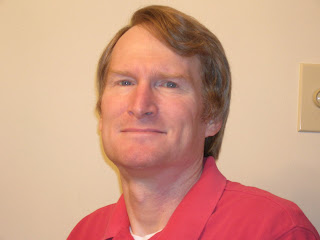 JOHN HAGELSTON
1.  The Beatles – At The Hollywood Bowl. Nearly 50 years after the Fabs’ first US performances, this blast of energy remains infectious fun.
2.  Budgie – Bandolier. I’m not a huge hard rock fan, but took a chance on this disc based on a recommendation from the Galactic Ramble book – and it is indeed very solid early ’70s heaviness.

3.  It’s A Beautiful Day – S/T. I already knew "White Bird," but was pleasantly surprised to find the entire LP is a varied, engaging SF psych record.

4.  Mi Generacion – S/T. My fave recent "discovery" is Wah Wah’s 2 LP (plus 7") reissue of this Spanish band’s early ’70s recordings, which sound like prime-period CSN crossed with Peruvian group We All Together.

5. Os Mutantes – Mutantes. The second album by these kings of Brazilian tropical psychedelia is as tuneful as it is eccentric.

RALPH HEIBUTZKI
1.  Carol Clerk – The Saga Of Hawkwind. Book. Filled with enough backstabbing, bitchiness and bitterness to make the Beach Boys seem like the best of friends...plus compelling accounts of the band's life and times, and some excellent music. Unmissable!

2. Ninni Holmqvist – The Unit. Book. In this unsettling tale, people over 50 and 60 are sequestered from society, but must submit themselves for drug and psychological testing, then donate their organs, little by little, until the final decision... Logan's Run without the lasers.

3.  Carlos (IFC) DVD. His shaded mug adorned a Black Grape CD, now he's rotting in a French prison. A compelling six-hour look at one of the '70s' most notorious -- and equally iconic -- terrorist figures.

5. Stiff Little Fingers – Guitar And Drum. CD. More of a cult band than ever, Jake and company still have plenty of fire left in them, as the thumping anti-boy/girl band title track should amply demonstrate.

6.  The Vibrators – Pure Punk. CD. 28 well-performed covers laid down by one of the ultimate '77 survivors...the most fun comes in hearing songs not commonly associated with Knox and co., such as the Stranglers' "Get A Grip On Yourself." 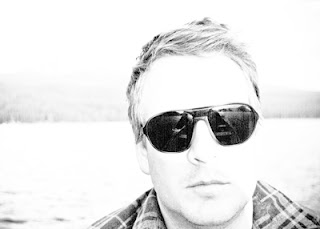 
1. Jim Sullivan - U.F.O. (Light In The Attic) CD. Lonesome country rock songs performed by Jim Sullivan, backed by the wrecking crew - my favorite re-issue of the year.
2. Damien Jurado and Richard Swift - Other People's Songs Volume One (self-released) CD. Two of America's finest contemporary songwriters get together for a hazy covers album that lives online, free for everyone to enjoy (download and stream at http://otherpeoplessongs.tumblr.com/)
3. Ted Lucas - The Om Album (Yoga) This is the album that you always wished a stoned folkie would make - side A is perfection.
4. Talk Talk - Laughingstock (Verve) I've had the hardest time finding this album on LP. Finally picked up the Verve re-issue at the excellent De Capo Records in Utrecht, Holland.
5. One Trip Pass - (www.onetrippass.com) I can look at Jay Carroll's mood boards for days and days.
6. Alec Soth - Broken Manual (Little Brown Mushroom) Soth's new photo book and essays are about Americans that live off the grid in self imposed exile. 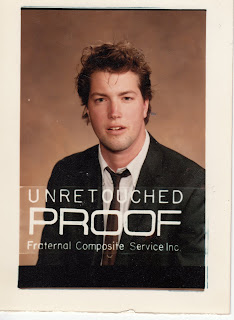 JEFF JAREMA
Among UT readers, clearly I have no friends. If I did, at least somebody would’ve busted my chops (or presently barren noggin) after last issue; after that ‘playlist’ photo of me sporting a Sonny Bono wig. Actually, that was me letting my hair grow out c. ‘85/86 …briefly, in a less than successful response to UT#4 (or was it 99th Floor #7?). It’s Ugly Things, after all. I thought you were supposed to send in an old photo.
1.  Beau Brummels: With the last decade - whatever it was called - finally behind us, I am firmly decided on Reissue of the Decade: The Beau Brummels’ Magic Hollow box set on Rhino Handmade. Really, I’ve know this since receiving an advance copy back when. But recently, I got too deeply involved in it again, particularly WB era Non-LP ‘n’ rarities (“Lower Level, “Lift Me”, “On the Road Again”, “Glass”, etc. etc.). For those in similar awe of Valentino & Elliott, prepare to get Brummeled beyond belief with expanded editions of Triangle and Bradley’s Barn (Rhino Handmade, again). The latter corrals two discs of outtakes and some amazing Sal solo outings like “Friends and Lovers” which is stylistically more deserving of the earlier, orchestrated Triangle. On the subject of Triangle, my absolute favorite BB’s track for awhile now is “Nine Pound Hammer”. Sal Valentino recorded one magnificent vocal after the next throughout the Brummels’ original ‘60s run. But “Hammer” has to be one of his absolute best.
That’s my list. Lately, nothing else comes close.
Posted by Mike Stax at 12:42 PM